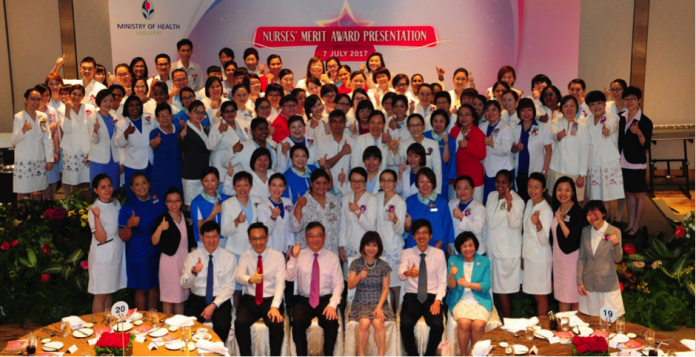 For the last five years, the Government of Singapore has been running a campaign to develop nursing in the country, encouraging recruitment from local people, men as well as women. The Government has placed nursing at the forefront of its approach to take healthcare beyond the hospital to the community.

Singapore is one of the richest countries in the world – with the 3rd highest GDP per capita globally – and has one of the best health systems, which aspires to deliver high-quality, affordable healthcare to all its citizens in a sustainable manner. Alongside increasing wealth has come increased longevity and all the health issues that come with it.

Draw more locals into the profession and increase public understanding

In the words of Mr Heng Kee Chan, the Permanent Secretary of the Ministry of Health:

“Singapore’s ageing population and higher chronic disease incidence have led to increased healthcare needs. We would like to fulfil these needs and enable Singaporeans to take on the challenging and meaningful jobs that are created. The key thrusts of the Care To Go Beyond campaign are to enhance the image of nursing, draw more locals into the profession, acknowledge our nurses’ contributions and increase the public’s understanding and respect for nursing.”

The key strategies of the Care To Go Beyond campaign include:

The campaign has undertaken a wide range of activities including: 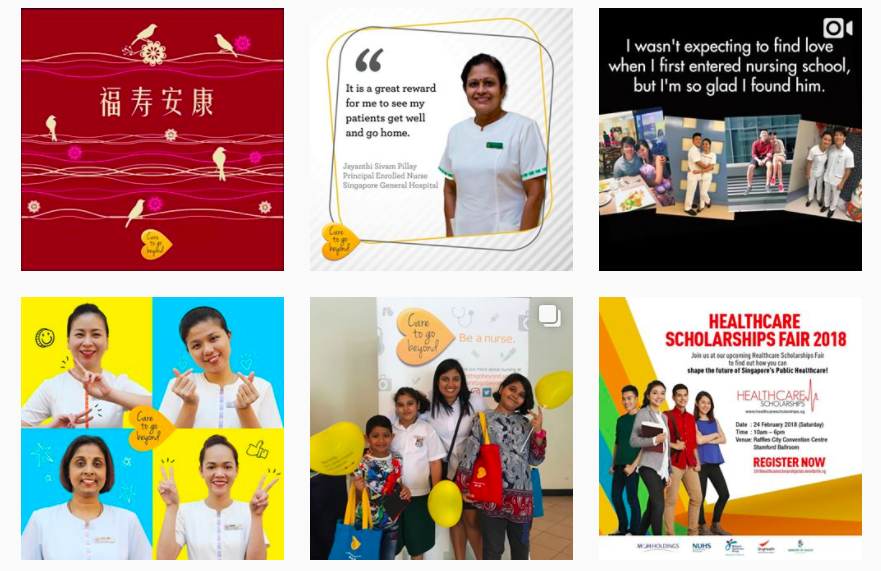 Posts on the Care To Go Beyond Instagram page

The campaign has yielded results, with more young people signing up for nursing studies. From 2014 to 2017, there was a 20% increase in enrolment into nursing courses at the National University of Singapore, Institute of Technical Education and polytechnics. Of the 2,200 sign-ups in 2017, 940 of them had listed nursing as their first or second choice, compared with two years earlier when only about 600 had it as one of their top two choices. 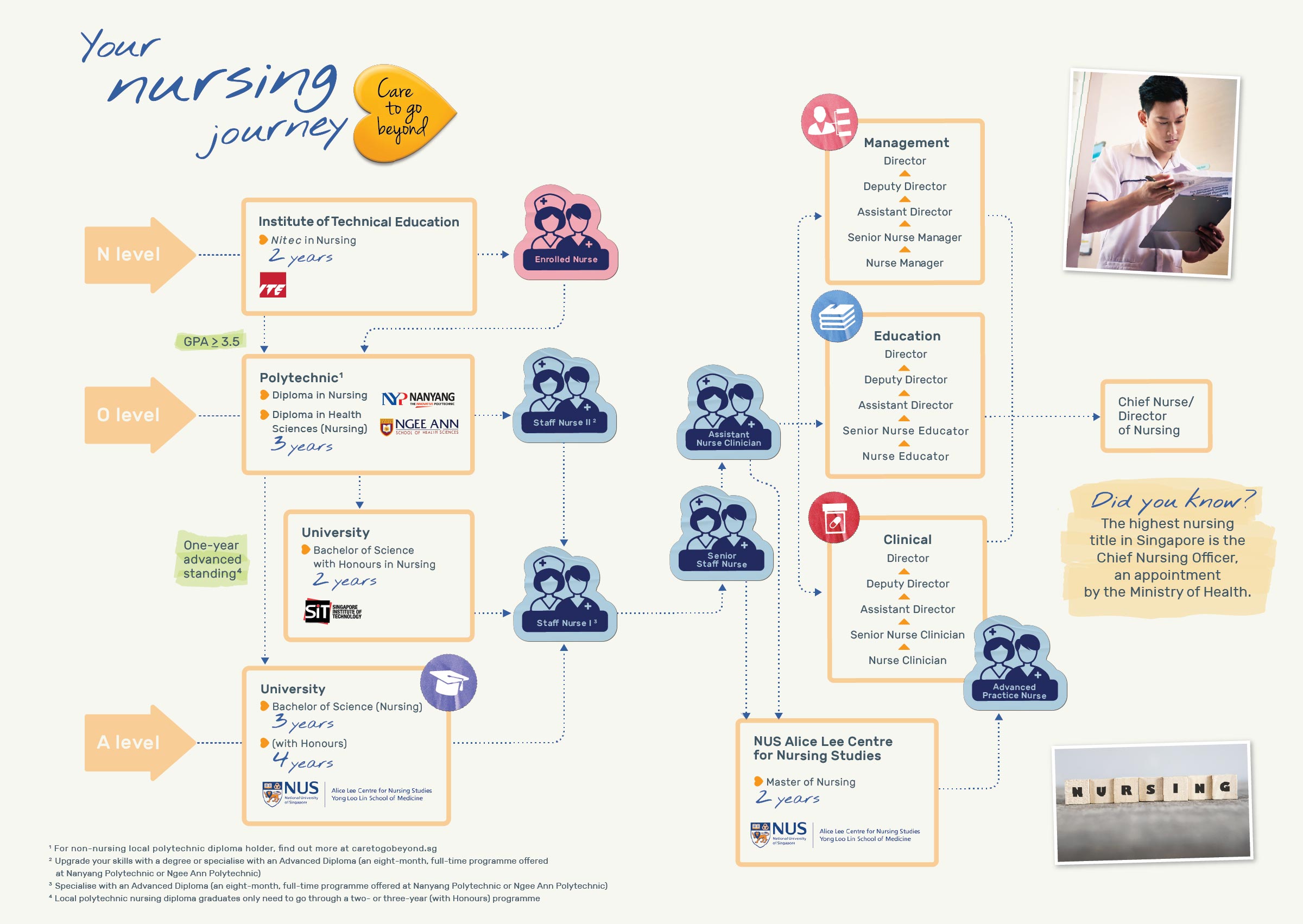 In a trend now familiar around the world, Singapore has started to develop its community nursing services: caring for people where they are – in their communities and their homes – and developing a greater focus on prevention and promotion. In doing so, Singapore has recognised the important role that nursing plays in these changes.

The Singapore Population HEalth impRovement Centre (SPHERiC) at the National University of Singapore has set up a global study to understand the global literature on the impact of nurses in managing community nursing services, particularly those associated with chronic diseases, and to learn from the experience of other countries. At the same time, the Government is offering community nursing scholarships to build up this pool of nurses. 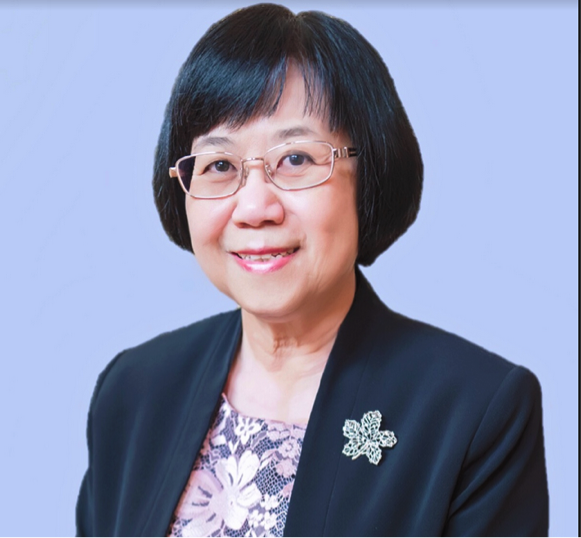 “Nurses are close to the communities they serve and able to support the people in the drive towards disease prevention and health promotion.”

“And,” she adds, making a very important point in a country which could afford to import foreign nurses from poorer countries: “this is a reason we want local people to train as nurses – they understand the culture and can work more effectively with local people.”

Mr Heng Kee Chan calls such nurses “a valuable community resource” with many Singaporeans turning to them for information, advice and support.

Over the next three years, Nursing Now will follow Singapore’s progress, sharing lessons and publicising the results of the research on community nursing services.

Find out more on the Care To Go Beyond website: www.caretogobeyond.sg