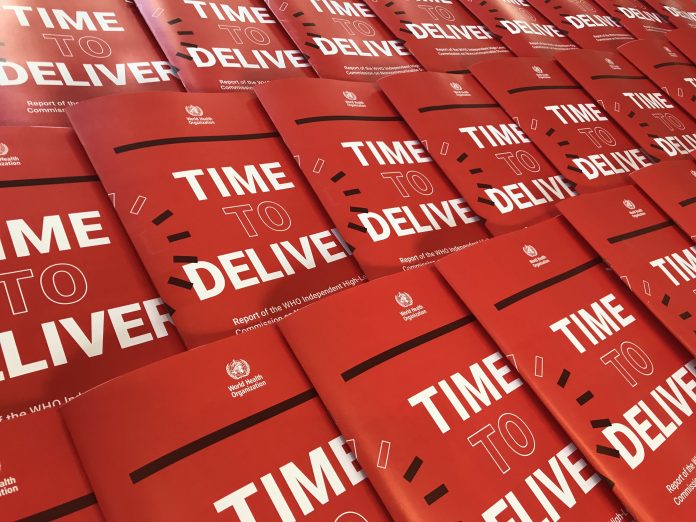 Thank you to everyone who contributed to the consultation run by the WHO Independent High-level Commission on Noncommunicable Diseases (NCDs). The voice of nursing was heard and the Commission’s ‘Time to deliver’ report published on June 1st recognises the enormous and growing contribution that nurses make to managing and preventing noncommunicable diseases.

We are only sorry that there is no reference to midwives in the report but we will raise this again when NCDs are debated during the UN General Assembly in September.

This was the first time that Nursing Now used its network of supporters together with the International Council of Nurses (ICN) to lobby globally – so we are all very pleased with the progress made.

Yet there is more to do, sign up for our e-newsletter to stay updated.

Consultation and report summary plus next steps:

The World Health Organization’s Independent High-Level Commission on Noncommunicable Diseases (NCDs) have published their report of recommendations outlining how countries can accelerate progress on the prevention and treatment of NCDs, in addition to the promotion of mental health and well-being. Annette Kennedy, ICN’s President and NCDs Commissioner, advocated powerfully on behalf of nurses and the wider health workforce throughout the deliberations that informed the final report.

The report recognises the 40 million health workers worldwide as “invaluable allies for action against NCDs” due to their skills, knowledge and trusted status. Nurses are singled out as having “especially crucial roles to play in health promotion and health literacy, and in the prevention and management of NCDs”.

Reinforcing the importance of Nursing Now’s aims regarding investment, education and professional development, the report argues that nurses have a unique role to play as “practitioners, health coaches [and] spokespersons”, provided they have the “right knowledge, skills, opportunities, and financial support”.

In keeping with Nursing Now’s joint statement on NCDs with ICN and the International Confederation of Midwives (ICM), the report recommends reorienting health systems to include health promotion and the prevention and control of NCDs, through the deployment of “adequate and well-equipped multi-disciplinary” health workforces, with special mention of nurses and community health workers.

However, we believe more can be done to pave the way for leadership by nurses in responding to NCDs. Nurses’ holistic and person-centred approach to health is exactly what is needed to direct the management of chronic diseases like cancer, diabetes, heart and lung diseases – the four main NCDs. We also believe that midwives are vital to laying the foundations of a healthy future at a pivotal stage for women, their partners and families, and the beginning of life for everyone.

Nurses themselves shaped these recommendations by quickly responding to the online consultation on the report. Many nursing and midwifery organisations sent in submissions commenting on the original draft. It is this type of policy influence by nurses and midwives that Nursing Now, together with its partners, seeks to nurture and cultivate around the world.

Looking to the future, Nursing Now will continue to support nurses and midwives to influence health policy. Together with the ICN, ICM and others, the campaign aims to shape discussions around the development of primary healthcare and in particular the 40th anniversary of the Declaration of Alma-Ata.